Yeah, screw the nine to five job! Who wants to work for someone else their whole life for a steady pay cheque anyway! While there’s a few plusses to getting paid regularly, eventually the monotony of a full time job catches up with you. You soon realise that time is much more important than money and want to get out! But usually by then you’re caught up in a whole host of trappings: mortgage, family, car payments and all the rest.

If you’ve been wise you’ve been putting money aside for a rainy day fund (today’s the day!). But lets face it not everyone is a wise as they wish they could be! If you really want to screw the nine to five you’d have done it already rather than reading about it! Maybe the reason you haven’t done it is because you need the money! What a predicament and not one which you’re in alone.

So what’s the answer if you’re really serious about saying “screw the nine to five”?

You can jump ship from your regular job and take your chances. But that’s probably too risky if you’re up to your eyeballs in financial slavery! So you carry on like the rest but the job really is turning you inside out. If quitting isn’t an option (yet), you’ll need to build a financial buffer so that when you do come to quit, you’re made the preparations for financial survival without a job!

Screw The Nine To Five: Cutback and Save

You must take some serious action if you don’t want another 10 years in your wage slave of a job! Start cutting back on your spending, quit drinking, swap out your car for a cheaper model. Whatever it is you can do, make a commitment to your future happiness. The alternative is more of the same, and you know how bad that is!

Chances are you’ve been living to your means for as long as you can remember and have no savings. A job seems to carry with it the trust that everything will always be great financially. But jobs can and do disappear overnight and there’s no such thing as job security anymore! While you still have a job, if you do, why not use it to build yourself out of financial slavery. Build another income source online – see how here.

Building an online business does take some time and commitment. But if the alternative is to be constantly broke or worse, or spend another decade being miserable in your 9 to 5, then you’ll see the value in it.

What You Can Do

Most people over estimate what they can achieve in a year, but underestimate what they can achieve in 5 or 10 years. To escape 9 to 5 employment you need a long term plan and to become consistent in your actions to achieve it. It’s not just a matter of leaving your job, (unless you can afford to do so). It’s also necessary to plan another income source so you can not only survive but thrive without a job.

The poor spend money to feel rich, or for entertainment, while the wealthy retain their wealth to invest in more opportunities. Hence why the rich get richer and the poor get poorer! (Government intervention aside!).

To really screw the nine to five you need to change your awareness around money and build up multiple income streams so you’re never dependent on employment. In Robert Kiyosaki’s book Rich Dad Poor Dad he recommends building income in four different ways: 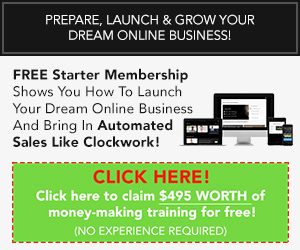